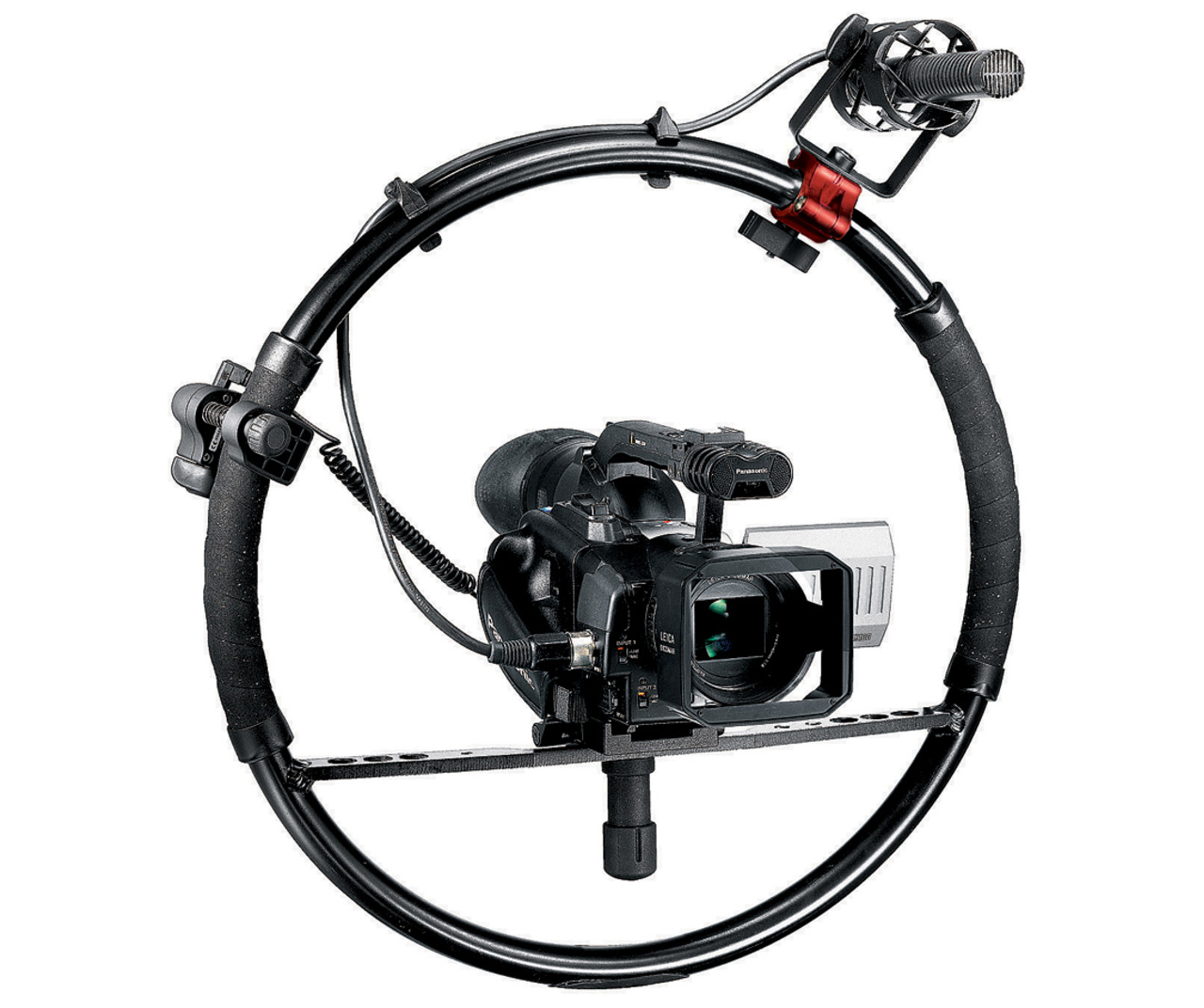 Supplied with:
Compatible with:

After years of using the Fig Rig on his award-winning films, Mike Figgis brought his idea to Manfrotto. An idea that is non-traditional in design, but purely simple and effective.

The only modular system in the world to smoothly support the DV camera and act as a frame to mount all the accessories – including zoom controllers, mics, mixers, lights, monitors, arms.

It is this very fact which is the secret to the Fig Rig. As the operator walks, his/her muscles and tendons absorb all the shocks, transferring only fluid movements to the camera.

As there are no straps or harnesses attached to the Fig Rig, quick and wide movements can be made within the same shot – from ground-level to overhead, in one smooth movement.

The camera, accessories and operator become one, allowing you to film scenes quickly and unobtrusively.

With the Fig Rig your creativity is virtually limitless.

Take a look at our full range of TriCasters for sale.